Home / About Our Firm / Liz Schrayer 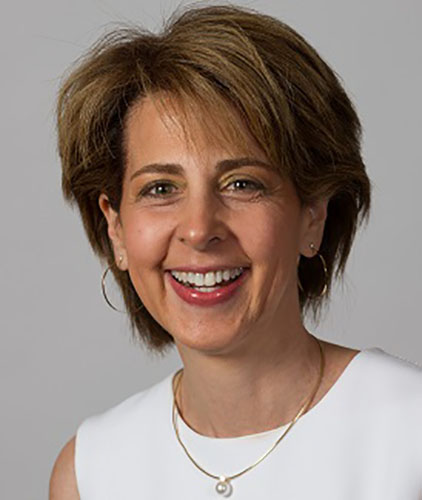 Liz Schrayer, a respected political strategist, founded Schrayer & Associates, Inc. over twenty years ago with an eye toward enhancing the political effectiveness of non-profits and businesses to impact policy in our nation’s capital and around the country. Through hands-on strategic planning, crafting of advocacy campaigns and meeting facilitation, she has helped educate, engage and mobilize tens of thousands of citizen advocates to add their voice to a range of domestic and international public policy issues. In addition to running her own political consulting practice, Liz serves as the President & CEO of the U.S. Global Leadership Coalition, a broad based coalition of over 500 businesses and NGOs that advocates for strong U.S. global leadership through development and diplomacy which boasts a bipartisan Advisory Council that includes every living former Secretary of State.

Prior to starting her own firm, Liz served for over a decade as the national Political Director of AIPAC (American Israel Public Affairs Committee) and worked in state government and on Capitol Hill where she founded the Congressional Human Rights Caucus. She currently serves on the Secretary of State’s Committee on Public-Private Partnerships, the U.S. International Development Finance Corporation’s Development Advisory Council, USAID’s Advisory Committee on Voluntary Foreign Aid (ACFVA) and several advisory boards for the University of Michigan, including the Ford School of Public Policy. Liz is also a member of the Council on Foreign Relations. Liz has been published in TIME, Newsweek, USA Today, and The Hill, among other outlets. She has a Bachelor’s degree from the University of Michigan and resides in Maryland with her husband Jeff Schwaber, an attorney who helped launch the Washington Legal Clinic for the Homeless.