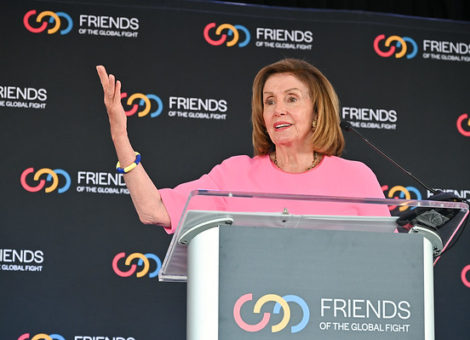 The sign outside the rooftop event said it all, so much so that Speaker Nancy Pelosi stopped to marvel at it as she made her way toward the reception.

On a warm summer evening, Schrayer & Associates was honored to support Friends of the Global Fight Against AIDS, Tuberculosis and Malaria as they hosted a powerhouse reception to honor a bipartisan group of members of Congress who have championed the Global Fund. The setting — on a rooftop overlooking the Capitol 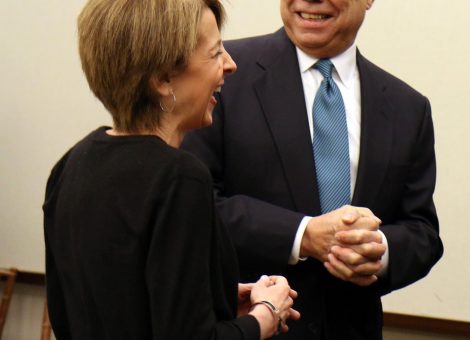 The tributes have poured in from around the world – posted on social media, printed in the op-ed pages, heard on the cable news channels – anyone who had worked with or was associated with General Colin Powell knew they were part of something special. Over the past two decades, I was one of those lucky ones.

We first met when he became Secretary of State, and upon retiring from public service General Powell agreed to serve as

Our founders always imagined America as the shining city on a hill. Near the end of his life, James Madison, one of our earliest diplomats, stated, “Our country, if it does justice to itself, will be the workshop of liberty to the civilized world.” As the horrific scenes at the Capitol unfolded, I was heartbroken as the world watched an attack on this noble vision.

The reactions from across the globe were swift and overwhelming. Even before the lawless riots finished, the confidence of our allies was shaken with calls for

A warning for the next Pandemic | The Hill

As Congress moved this week to quickly approve critical federal funding to combat coronavirus that has been spreading at a voracious speed, the sad truth is that the United States and the world are woefully unprepared for the next and potentially even more deadly pandemic threat.

Late last year, I visited the Centers for Disease Control and Prevention and asked the director, Robert Redfield, what keeps him up at night. Even with all the other biothreats, he said what he fears most is the current global lack of preparedness for a

Start with the fact that the power

S&A + USGLC Give Back to Community at DC Central Kitchen

I cried. Well, I was chopping onions.

It was Give Back Day. One of my favorites that the Schrayer & Associates team, along with our colleagues from the U.S. Global Leadership Coalition, make a point to do at least once a year. This year, we were off to the amazing DC Central Kitchen – a true jewel right in our own backyard.

Each year, a group of our colleagues picks a local charity our entire staff to volunteer for a day — a time for the S&A and USGLC to engage in

We can’t fight our opioid crisis alone. We need help from countries around the world.

It’s sobering to take in the magnitude: Over 63,600 Americans died from drug overdoses in 2016 — more than died in car crashes or of breast cancer; more than were killed in the entire Vietnam War.

And deaths specifically from opioids trafficked from overseas more than doubled from 2015 to 2016. Experts predict that nearly 500,000 Americans could lose their lives to opioids over the next decade.

Bailey Henke, at just 18 years old, became one of the faces behind these terrible statistics when he died of a fentanyl overdose at his home in Grand Forks, North Dakota. His

It is impossible to ignore the volume of voices crying out about the looming economic threat of China. But while many are focused on the budding trade war, we ignore a key part of the story at our own peril, which is how China’s investments in the developing world are far outpacing our own. China, for years, has dramatically expanded its competitive playing field, and it is certainly playing to win. Just travel to places like Africa or the Americas, and China’s footprint is everywhere.

China watchers point to the “One

There isn’t a mom or dad in this country who hasn’t struggled with the heartbreaking images of children being separated from their parents at our southern border. Let me be clear—this needs to be fixed. But there is another image that is also haunting me as the struggle for immigration reform continues.

I recently watched an interview with Patricia, a young mother from El Salvador, sitting just on the other side of our southern border holding her 7-year-old son, Yohan. At the time, she knew that as soon as she crossed,

It has become common around holidays to see articles offering advice on how to avoid political conversation when returning home for family gatherings. These articles propose often elaborate ways to change the subject, warning of the distinctly unappetizing effect of venturing into a discussion on current events.

Is this really necessary? Have we gotten to a point where we cannot bring up front page stories for fear of straining – even possibly ruining – long-standing relationships?